Providing ministry, sacraments and oversight which we can receive with confidence 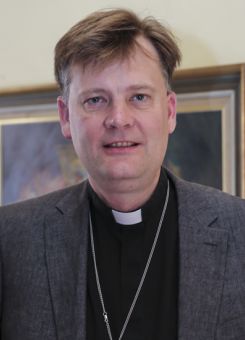 
The Right Revd Jonathan Baker, studied at St John's College, Oxford and then trained for the ordained ministry at St Stephen's House, Oxford. He served his first curacy at Ascot Heath, in Oxford Diocese from 1993 to 1996.

The Bishop of Fulham is responsible for the pastoral care of parishes operating under the 'London Plan'.

Bishop Jonathan is also licensed as Guild Vicar of St Andrew Holborn in the City of London.

His interests include theatre, poetry, opera and walking.